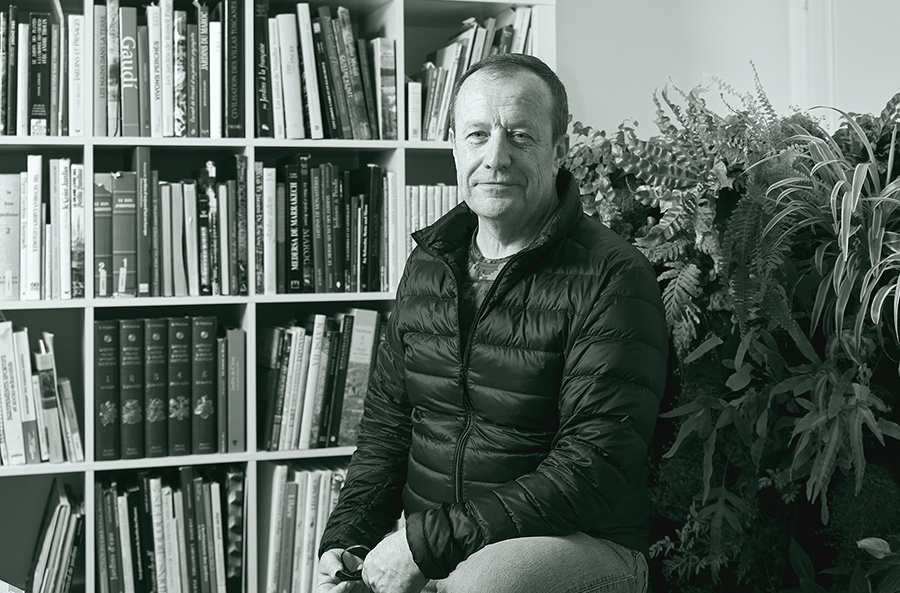 A landscape architect and fervent gardener, Philippe Niez draws from his general horticultural training at the Saint-Cyran School a multitude of approaches and skills that allow him to develop each project with a formal and qualitative "tailor-made" ambition.

During his studies, he met landscape gardener Gilles Clément, of whom he was a close collaborator for nearly 15 years, setting  up together Atelier Acanthe in 1985.

After the creation of the Parc André Citroën in Paris, for which he followed all building works until its opening, Philippe Niez created his own workshop in 1995 and has since then worked on numerous public and private commissions in France and abroad, with many French and international publications.

Philippe Niez teaches at the Fontainebleau School (www.fontainebleauschools.org). He is also a lecturer for the continuing education of the Ecole Nationale Supérieure du Paysage de Versailles (www.versailles.ecole-paysage.fr)

He has been vice-president of the Geste d'Or since 2015 (http://www.legestedor.com/), an independent and transversal association of building trades, which works, among other things, to reward the exemplary Heritage Sites of yesterday, today and tomorrow in order to promote artistic craftsmanship in contemporary construction.

Every garden is, first of all, the learning of the weather, the rain, the wind, the sun, and the passing of time, the cycle of the seasons. Erik Orsenna

Magnolia denudata
Yulan magnolia for its poetic flowering at the very beginning of spring.
Quercus ilex
The holm oak for its resistance to urban pollution and its evocation of classic Italian gardens.

The Baron in the Trees
Italo CalvinoA philosophical tale where we walk through an holm oak forest whilst speaking of freedom.
Starlight: the colours of the invisible
André BrahicBecause in our world of immediacy, thinking about the origins of the solar system feels good!