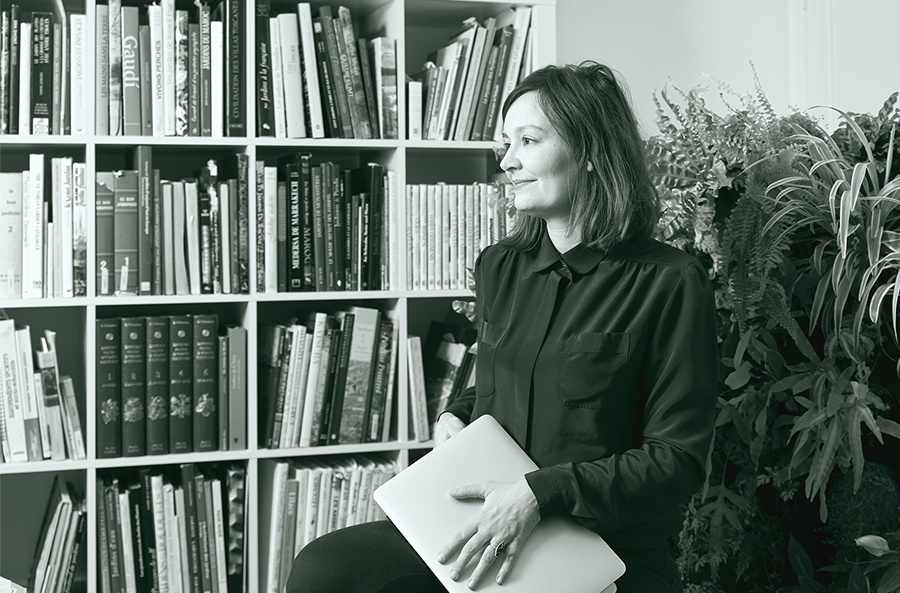 With a scientific background, Manon Adam joined the Institut National d'Horticulture et de Paysage, now AgroCampus Ouest, after a preparatory class for the Grandes Écoles d'Agronomie. After obtaining her diploma as a landscape engineer in 2006, she continued her training with the Master's degree "Historical Gardens, Heritage and Landscape" at the École d'Architecture de Versailles, in partnership with the Sorbonne, in order to better understand the historical and heritage issues of landscape. Very concerned with the rational management of natural and urban spaces, Manon Adam is also particularly sensitive to the heritage dimension of landscape, considering it a common good and a true source of well-being.

During her studies she had the opportunity to participate in the design of Hort Park, a major urban landscape project in the heart of Singapore for the National Park Board, but also to develop a method for the creation of landscape atlases for the ONF (National Forest Board) and to write her engineering thesis on the landscape, economic and hydrological management of the Garça Valley, located in Cape Verde, as part of a UNESCO World Heritage application.

After a stint with Lacaton & Vassal Architects, Manon Adam joined Philippe Niez's studio in 2009, where she is in charge of projects such as the development of allotment gardens in Nanterre, the Saint-Louis-lès-Bitche landscape master plan, the restructuring competition for the Paris Acclimatization Garden as part of the concession renewal, the patios of the Musée de la Préhistoire de Nemours and the design and implementation of a number of private parks and gardens.

Creating a garden is about establishing a partition in space: an inside within an outside. Jean-Pierre Le Dantec, Poétique des Jardins

Galanthus nivalis
The snowdrop, because it is a harbinger of spring.
Davidia involucrata
The handkerchief tree, for its spectacular flowering.